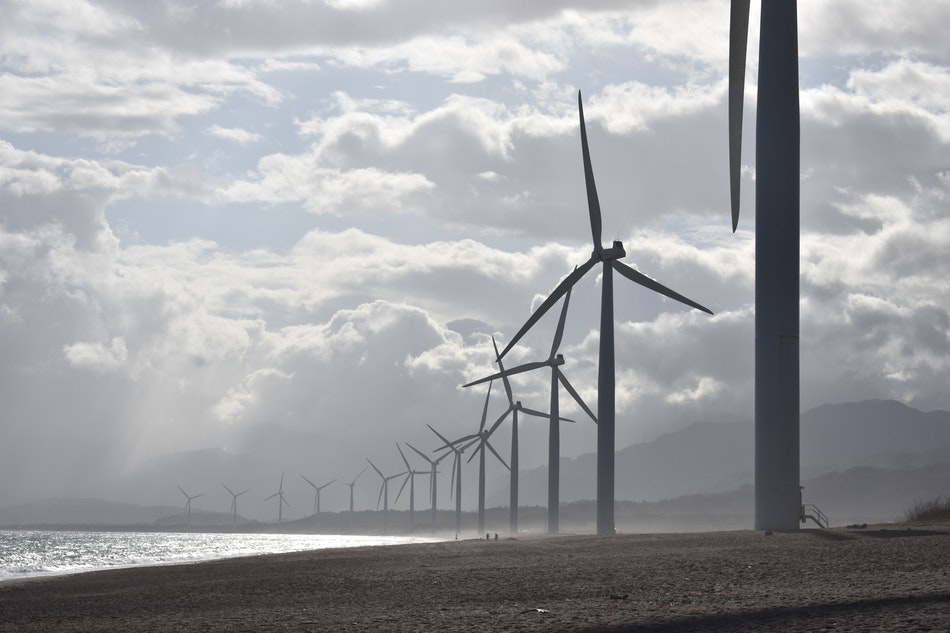 Over the last decade there has been an enormous evolution in the wind energy (wind power) technology. The wind turbine  manufacturers are now developing highly efficient wind turbines both for onshore and offshore use, with a potential to generate up to 7MW of power per wind turbine. Offshore wind farms are evolving to operate in waters more than 260 feet (80 meters) deep providing even greater potential. Many countries are now setting ambitious targets for covering their power generation from renewable energy. Wind power is at the very center of their plans. US has already set a goal of achieving 20% of its power from wind energy sources. Offshore wind farm technology is the only viable way of achieving such ambitious targets. Investors are seeing the opportunities of investing in wind energy: wind turbines are very efficient, the cost of fossil fuels is going up and many countries offer excellent opportunities for subsidies.  So why is wind energy so rapidly taking off? What are the main advantages and disadvantages of wind energy (wind power) technology?

The biggest advantage of wind energy is without a doubt the fact that it is a renewable green energy source. Wind energy is green energy because during the generation of power, the environment is not polluted. Wind energy is renewable energy simply because the ‘fuel’ used to generate electricity, i.e the wind, is practically unlimited.
There are however some environmental concerns with regards to the use of wind turbines, mainly having to do with dead bird populations found nearby wind farm locations. Moreover, there are also aesthetic concerns about the wind turbines and also concerns about the level of noise they produce (even though these concerns are debatable – see myths about wind energy).

In most places of the world there is plenty of wind, allowing us to harness its power via the use of wind farms. However, a major disadvantage of wind energy is the fact that it is an intermittent source of energy. So in order to produce a specific level of power you need a lot more installed capacity connected to the grid network, as there is a possibility some of this capacity to be idle during some time of the day. Wind energy can however, be combined with other renewable energy sources, like solar energy, geothermal energy and biomass energy, in order to produce an efficient and diversified energy mix. A good diversified energy mix combined with energy storage capabilities can produce constant levels of power generation throughout the day.

Even though an onshore wind farm can take up quite a lot of are, each particular wind turbine takes up a very small plot of land. The land below and in-between wind turbines can still be used for agricultural purposes.

Over the last two decades the cost of wind turbines has been reduced by a factor of more than 5 while at the same time their efficiency has been increased by a factor of more than 100 (for more info see evolution of wind turbine technologies). This makes wind energy an excellent investment opportunity particularly when combined with subsidies currently available in many countries (on some occasions subsidies can reach 50%).

Wind energy, like most renewable energy sources, provides self sufficiency and price stability. Self sufficiency is provided because wind power can be generated domestically as there is no need to import primary fuel (e.g. oil, gas). Price stability is provided from the fact that there are no fluctuations in the price of wind power and relatively no price risk again due to the fact that there is no dependency in primary fuel.

Wind energy is also a good investment opportunity that can be used to cover the needs of a household or a company (residential wind turbines). They are particularly good for rural areas where there is a better flow of wind. There is however a relatively high initial cost associated with home wind turbines.