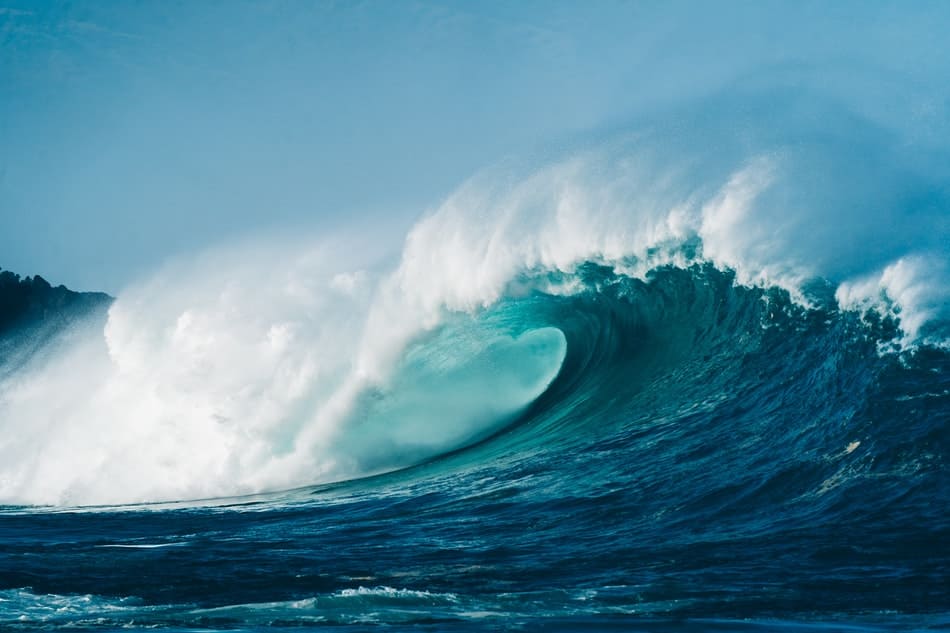 Wave energy is one of the five sources of renewable energy. Wave energy is the energy carried by the waves of the sea or oceans, caused by the winds blowing over the oceans and when captured can be converted into useful, clean and green electricity.

We can try to understand Wave Energy and its real impact as a renewable green energy source by looking at some of the wave energy facts. The following is a list and in some cases  an analysis of some of these facts.