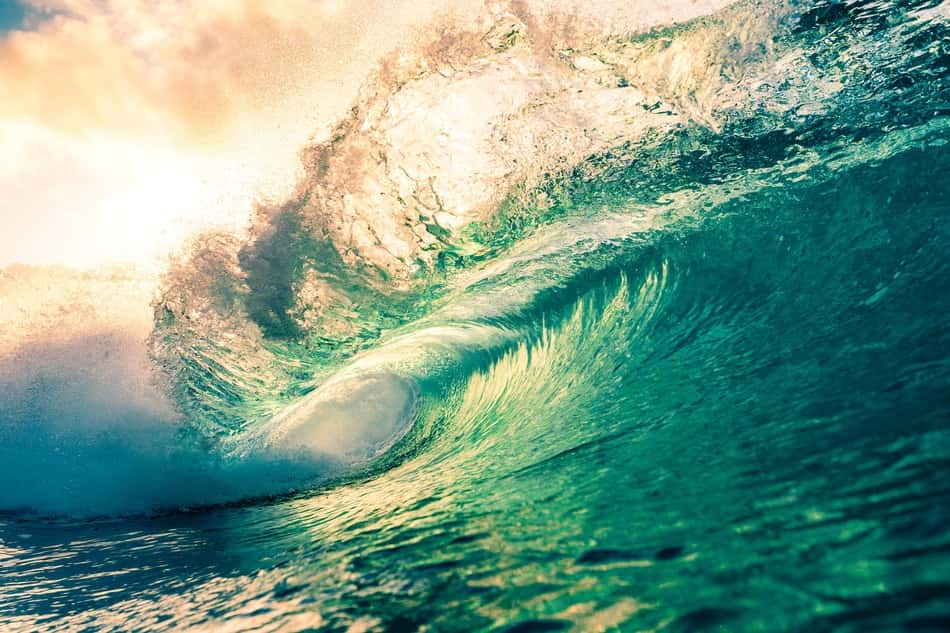 Wave Energy, as the name implies, is the energy of the waves, captured and converted into useful energy. Wave energy conversion is done with the aid of Wave Energy Converters, WECs. There are different types of Wave Energy Converters and these are used accordingly based on the requirements, location and magnitude of the specific project. There are some very interesting facts about wave energy which can be reviewed and further analysed.

What are the Wave Energy Converters, WECs

In simple terms the Wave Energy Converter, WEC, is a device which captures the power of waves and transforms it to electricity. These devices are categorized according to the location they are installed, their operating principle and their directional characteristics.  The operating principle refers to the method of extracting energy. Another type of categorization that is used by some companies and scientists is the WEC size relative to incident wavelength.

The Wave Energy Converters were gradually developed and they are known to be categorized in generations depending on the location they are installed. One can they say they were developed in phases as the technology was maturing or developed in waves!! The first generation of WECs was installed on the shoreline and thus the WECs were named shoreline WECs. The second generation WECs are installed at nearshore locations and are known are nearshore WECs or anchored WECs because they are anchored near the shores. The third generation WECs are offshore WECs and as the name indicates these are WECs installed offshore and are installed under harsher and tougher conditions and these facts bring their installation and operation at higher levels than the rest of the WECs. The factors which may lead to the choice of one of the 3 locations are specific to the budget availability  and the requirements or restrictions set by project owners.

The principle operations of the WECs are divided into the following 3 main areas:

Oscillating Water Column, OWC, uses the waves to compress and expand air so as to rotate an air turbine which is used to produce electricity.

Overtopping Devices, OTD, use the overtopping of the water from the waves into a reservoir which takes the water at higher levels than the sea level and drives a hydro-pump to produce electricity.

Wave Activated Bodies, WAB, devices oscillate due to the wave action and many of them use a hydraulic system to generate electricity.

There are 3 main types of WECs identified by their directional characteristics, that is the direction which they exploit or ride the waves.

Point Absorbers are small compared to the incident wave and they heave up and down the surface as the waves pass from them.

Terminators essentially the way they are positioned they terminate the way as they are placed perpendicular to the wave.

By putting the above, locational and directional type characteristics into a table we can understand better how WECs are used.

WECs can also be classified in the way they convert the wave power into electricity and specifically if the use the potential or kinetic energy to produce usable electricity.

WEC devices used at offshore locations have special mooring requirements. The two main requirements of WECs being used offshore are:

In most of the cases instead of considering mooring just another additional cost in the cost formula of the WEC, it is better to include the mooring systems part of the overall design as this would bring not only the costs down but will make the WEC device more robust.

The overall cost formula for the WECs is completed with the inclusion of the so called reliability expenditure, Riskex. This is defined at the potential cost due possible component failures and it is the result of the component cost and the probability of the failure.

The potential of generating electricity from the wave energy is great and still at its early stages. The Ocean is huge resource and being able to exploit the energy carried by the waves would be a great and positive step towards meeting the targets of renewable green energy of any nation. The WECs are devices that can play a significant role in the cost effective and efficient exploitation of the waves and the conversion of wave energy into electricity connected to the grid. WECs need to be optimized with respect to performance and should be able to better managed and controlled.