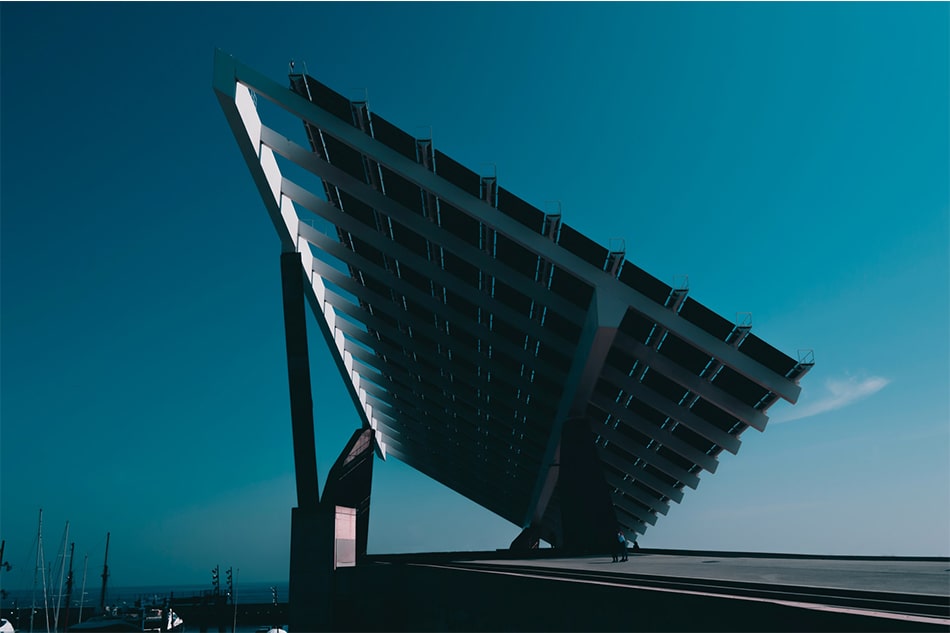 Solar Thermal systems use thermal energy absorbed by sun radiation (heat) and use it to heat up water or other medium e.g. oil or special molten salts. This Thermal energy contained in the material at high temperature can be used for a range of applications such as:

The basic operation of solar thermal systems incorporates a means of absorbing solar radiation by different technological applications. In general the solar collectors may be flat plate collectors or evacuated tube collectors examples of which are typically seen on building roof tops with a hot water storage tank. In CSP systems, used for electrical power generation, different applications exist such as Power towers, parabolic dishes or parabolic troughs.  These solar thermal systems use different technological configurations to gather solar energy in the form of heat. It is normal to expect a variation of performance levels amongst the different configurations in terms of efficiency, environmental impact and cost. In conjunction to other energy systems (using renewable or non-renewable energy sources) solar thermal systems can offer several advantages.

As all renewable green energy technologies, Solar Thermal Systems, contribute to reducing consumption of fossil fuels. Thus towards reduction of CO2 emissions into the atmosphere and help combat “green-house” challenges.

As in everything in real life, solar thermal systems also have disadvantages.

Although we have noted that storage tanks are an important advantage which can be used to provide for an uninterruptible energy supply, the fact that sun only shines during the day is an inherited disadvantage for all solar energy systems. The degree to which this can influence a solar system’s performance depends on the technology used.

In review of the advantages and disadvantages of solar thermal systems it is important to understand that pros and cons are variable attributes depending on comparable alternatives available and on other external factors – see the ultimate list of solar energy pros and cons. Comparable alternative systems may refer to within the solar family systems (e.g. solar thermal, Concentrated CSP, or photovoltaic), or to other renewable green energy systems (e.g. wind energy systems) or to other non-renewable energy systems that use fossil fuels. External factors influencing are variables such as the price of oil or natural gas thus cost of energy fuels. However, the decision on energy issues and on optimizing our energy mix is no longer a matter of economical viability, but also of environmental and social sustainability.