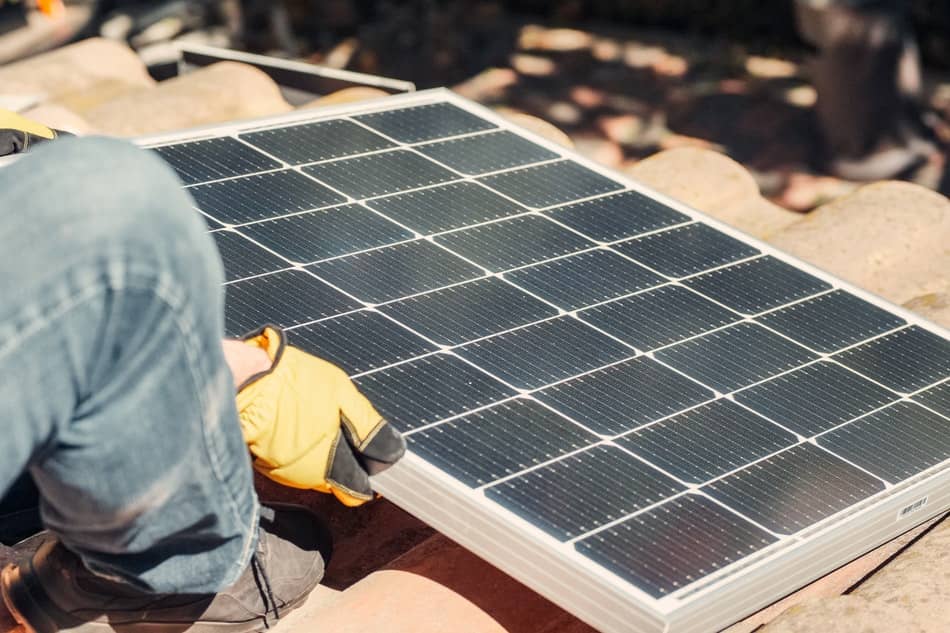 US Solar photovoltaic (PV) market is healthy and booming, with Solar energy installations expected to grow further in 2012. According to the US Solar Market Insight report for 2011 and the GMT Research, US solar Photovoltaic (PV) installations have more than doubled, compared to previous year, reaching a peak capacity of 1.85 GW within the year with an estimated total value of around $8.4 billion.

Approximately 40% of these Photovoltaic-PV installations (around 760 MW) where installed for utility purposes with the sector showing a real boost of around 300% (nearly 3 times more than respective installations in 2010). What is really important for US solar market is that projections for 2012 are expected to grow by around 54% with a total projected figure of 2.8 GW for PV installations.

Boost Factors for Solar Panels in US

The main factors driving the growth in the US solar energy market have been primarily the declining prices of solar Photovoltaic (PV) systems which have seen a drop of approximately 20% in the last year (with US solar manufacturers suffering heavy losses though Secondly, the expiration of financial incentives for solar energy installations in 2011 has motivated installers to proceed with their planned projects in time before the end of 2011 –  this is evident by the huge increase of PV installations within the 4th quarter of the year (around  755MW compared to 650MW for 2010).

Other factors driving the boost have been the technological improvements in the Photovoltaic (PV) industry, leading to increased efficiencies of PV systems, and the adoption of large scale PV installations in the utility industry which have almost tripled compared to same period in 2010; only in the 4th quarter 2011, utility PV projects reached a staggering number of 400 MW – by far the highest quarter in 2011.

One interesting area of the internal solar energy market, is analyzing results by types of solar energy technologies and specifically comparing results of CSP vs PV; comparing findings between Solar Photovoltaic (PV) and Concentrated Solar Power (CSP) installations for 2011 it is evident that this growth has mainly been driven by Photovoltaic (PV) installations – around 10 PV projects were installed in 2011 compared to none for CSP.  However, a capacity of around 1 GW of Concentrated Solar Power (CSP) is currently under construction expected to come operational until 2013 – in general, the aggregated installed capacity by 2011 was estimated at about 4GW and 0.5 GW for PV installations and CSP installations respectively (there is an on-going controversy regarding PV vs CSP  – you may refer to the article comparing PV vs CSP )

Another important finding for 2011 is the increase of US’s solar market share on a global scale; with an increase of 2%, US solar market for Photovoltaic installations covers around 7% of the global PV market compared to just 5% in 2010. Report analysts are claiming that the US is becoming the next booming market for PV installations opting for a shift in the global PV market trend that has, up to now, seen Germany and Italy in the leading roles (see the figure below for US Photovoltaic (PV) installations and global market share).

Regarding findings on US global Solar market share, there has been some controversy amongst US industry stakeholders as to the factors driving these positive results; it seems that not all stakeholders share a common view nor expect positive results to continue, at least not at no other cost. It has been argued that US solar energy policies and strategic planning has, up to now, been ineffective to explore the country’s huge solar energy potential and that US solar market positive results are not necessarily driven from a conscious-planned US energy strategy. This is based to the fact that although US has a massive potential capacity, yet US solar market has been lagging behind Germany, a far smaller nation with less solar energy resources. Germany has exhibited tremendous competitive strength and a remarkable historic curriculum in the solar energy sector by putting to action and following an integrated disciplined plan (solar energy policies, solar financial incentives and FITs, commitment to reductions in CO2, etc., – comparing US vs Germany Solar industry). Some solar industry stakeholders consider that the US should be able to benefit as a ‘free rider’ taking advantage of the technological advancement and reduction in scale-costs of Photovoltaic technologies that have been brought primarily by other nations. However, US Photovoltaic-PV manufacturers, who have been struggling against solar imports in the recent past, are giving their fight opting to influence US customs and imports-trade rules in their favor – (especially on Chinese imports). Moreover, it seems that some stakeholders representing US vested interests in Fossil fuels and oil are, once again, having the upper hand in shaping the US energy policy – we will still have to wait some time before we see any real shift in the renewables sector in general. Policies may influence solar energy growth but the deterministic factor will be investment opportunity and economics – which are directly influenced by policy makers and “political will”.

However, a positive note from US solar energy report findings has been the increased internal diversification amongst US states and the first-time-serious adoption of PV installations for utility purposes.

The above figure shows that commercial and utility installations contribute (in total) to 84% with the interesting statistic here being the unprecedented adoption of large-scale PV in the utility sector, with eight states installing over 50 MW each in the year and the utility-scale PV installations nearly tripling past year’s totals.

What is also evident here is California’s leading role in the US solar sector. California with New Jersey figures make up for 46% of total national solar installations as shown by the pie chart below.

While California remains number 1 in PV installations, it is equally important to mention something on the dynamics around it that will continue to influence and shape its future solar trend. California has both the sunshine and political/investors will to capitalize and explore its given solar investment opportunity. What California’s results show is that CA sun potential coupled with the San Francisco set goal for a 25% reduction of CO2 emissions by 2020 has boosted investments of solar energy – including Photovoltaic installations.

Now California, and also other southern US states focusing in solar PV, are called to deal with other important challenges in order to sustain Solar PV penetration into the power market; Renewable Solar energy requires appropriate implementation of smart-grid plans that will see achievement of the set targets by 2020.

The US government should acknowledge the importance of solar industry especially at times following the global economic recession; solar energy industry is not only about environmental sustainability and compacting climatic challenges – it has tremendous value for job creation and economic prosperity – it can thus be a solution towards environmental, economic and social sustainability.