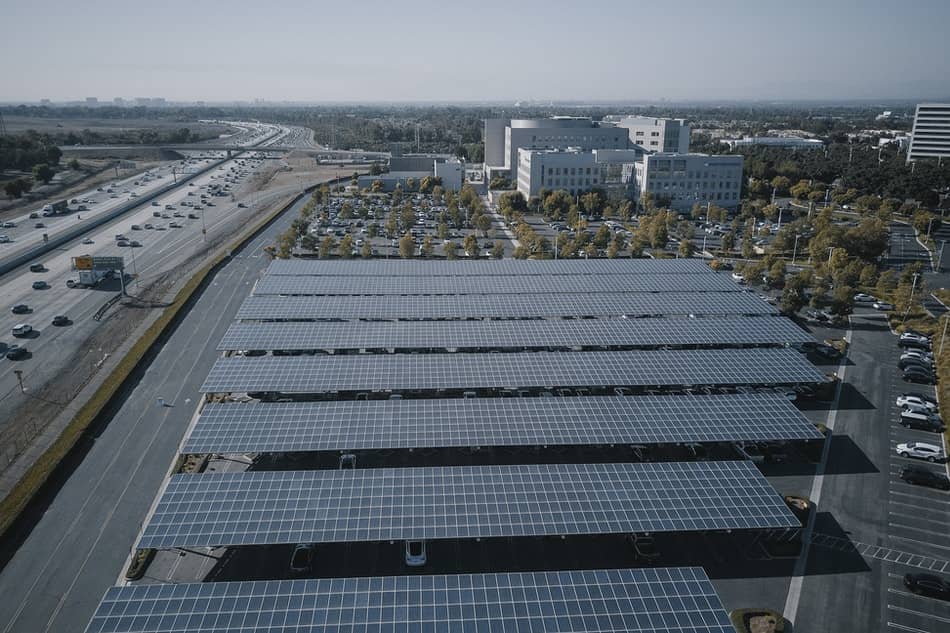 Solar energy is one of the main sources of renewable green energy constantly replenished freely by nature. By “Solar energy” we define all forms of energy powered by the Sun. The sunlight and solar heat radiated to earth are being absorbed, dispersed and converted to other forms of energy. With the use of technology we are able to explore the sun power reaching the surface of the earth. In general, solar energy systems can be divided in three system categories: Solar thermal systems, passive solar systems and Photovoltaic systems.

In Solar Thermal Systems, the radiated solar energy is absorbed and converted to heat (thermal energy) which can be stored, conducted (transferred) and used for consumption (e.g. hot water) or for further energy conversion (e.g. production of electricity by use of a turbine). Collection of solar energy is possible through the use of solar collectors; dark colored surfaces positioned to face the sun and absorb sun-heat which they transfer to another medium (usually liquid e.g. water or oil).

One of the most popular solar thermal system applications is the solar-water-heater typically installed on roof tops of houses to provide for the household hot-water-needs. Different types of such applications have been developed for household, industrial or other utility applications with a range of capabilities relating to size, efficiency level, complexity of system design and system options. Some examples include solar heating for hot-water-use or, through more sophisticated solar thermal systems, for heating or cooling of whole buildings.

such solar systems use the same principle for “absorbing solar heat” through special solar collectors. The absorbed heat, usually stored in liquid, is used to drive a steam turbine to generate electricity.  These solar thermal systems utilize what is called “Concentrated Solar Power (CSP)” and are found in the power industry for generating electricity and supplying the power grid.

Passive systems constitute the basis of “bioclimatic design” principles in Architecture, and facilitate towards “conservation of energy” and “energy efficiency” in buildings.

Photovoltaic solar panels (PV) convert solar radiation, through a process called ‘photoelectric effect’ into electricity; thus solar energy (light) is converted into electric energy in the form of direct current (DC). Photovoltaic systems can be used either in autonomous installations in remote areas where the generated electricity is consumed on the spot of generation for own electric needs (eg in a remote farm or house) or in Photovoltaic systems connected to the power distribution network, where generated electricity is transferred over the grid and is consumed at a different location.

Photovoltaic panels (PV) use semiconductor materials including mono-crystalline or polycrystalline silicon which exhibit the photovoltaic effect and generate electricity from exposure to light. Recent technological advancement in the Photovoltaic panels coupled with the long-expected reduction in PV costs have geared a booming market of PV applications.