Micro-inverters vs. string inverters – which is better? 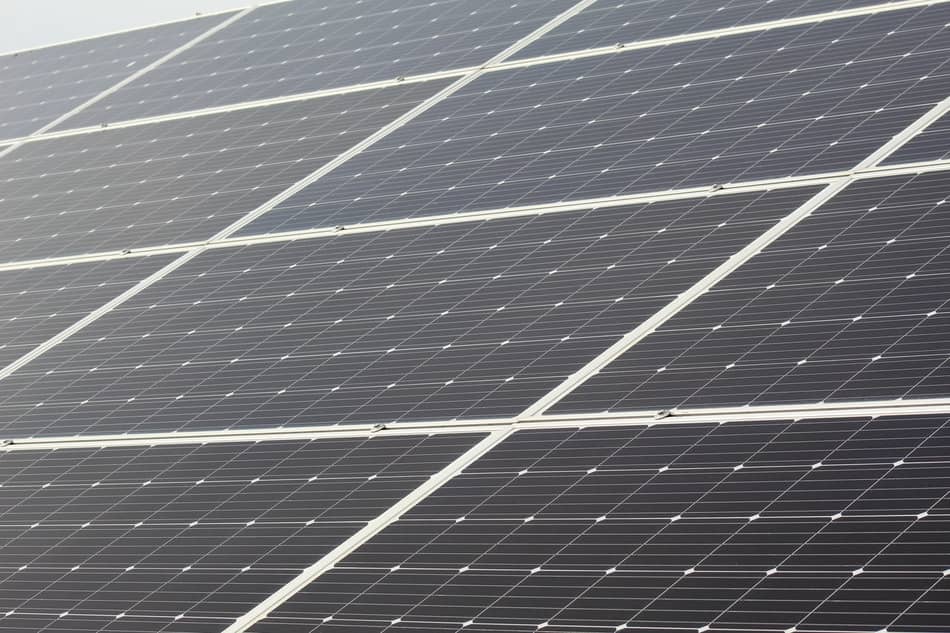 Solar panels use sunlight to produce direct electricity (DC). To be able to use solar electricity, in both on-grid and off-grid solar panel installations, we need to convert direct current (DC) to alternating current (AC); solar inverters are used to make this DC-AC conversion, thus transform solar electricity in a usable form.

In a solar panel installation with a conventional, central inverter, solar panels are connected in series to form an array, which may be considered as a large PV panel, with a nominal rating, say, of about 300-600 VDC. The solar panels array is connected to a single central inverter in order to convert the generated solar electricity to alternating current (AC). The usual voltage power for North America is 120-180VAC at 60Hz whereas for Europe is 220-240VAC at 50Hz.

Some additional disadvantages of string inverters include their increased need for cooling and their need of large diameter wire to handle the low voltage of DC in a string connection. Due to larger powr ratings, central inverters have integrated cooling fans making them more bulky and noisy.

Indeed micro-inverters have brought about a new concept in solar photovoltaic system design, with manufacturers claiming an output performance increase of around 5-20%. This improved system performance can have significant financial benefits in solar PV systems.

Since their development, micro inverters have brought about alternative design solutions on solar photovoltaic arrays, introducing new competition to established manufacturers of the conventional central (string) inverters. A good example is Enphase micro inverters that have forced established invert manufacturers, such as SMA, to introduce their own micro-inverter in order to maintain their position in the market. Following the establishment of both micro and central (string) inverters as alternative solutions to solar photovoltaic systems, a number of inverter companies have launched their own solutions in both products. The answer to the question of which inverter is best, micro inverter or central inverter, primarily depends on parameters which are custom specific to each case of a solar photovoltaic system.

Furthermore, Micro-inverters, unlike central (string) inverters are very flexible offering many system expansion options without significant limitations. Because they tend to become an integrated part of the solar panel itself, or of two panels in dual-inverters, they offer the option of adding as many solar panels with a micro-inverter to an existing system as one wants. In addition, extended panels are not limited to have the same power rating of existing panels.

Another main advantage of micro-inverters is their ability to produce grid-matching power at the level of a single solar panel. Each solar panel has its own micro-inverter; solar panel arrays are connected in a parallel connection configuration and then connected to the power grid. The parallel structure with micro-inverters, opposed to string connections with central string-inverters, has the crucial advantages of isolating each panel, thus isolating problems of low performance from the entire system. The sources for such problems may include shading on panels, malfunction of the solar panel or the micro-inverters themselves etc. Considering that micro-inverters operate at lower power levels than central (string) inverters, they offer additional advantages such as lower heat-loads, improved Mean Time Between Failures (MTBF), smaller diameter connection cables which all conclude to better reliability the overall system.

So the answer to the question of which inverter is best; micro-invert or string inverter is rather dependable on custom specific circumstances. If you are dealing with a small system such as residential solar panels perhaps it would be justifiable to undergo the extra initial cost of micro-inverters in order to avoid evident risks of underperformance. In residential areas the chances of underperformance, either from shading or from technical faults, are usually high. On the other hand, if you have a roof higher than any other building, with low chances of shading on your solar panels and in an open area with cooling breezes, the cheaper option of string inverters might be a better solution.