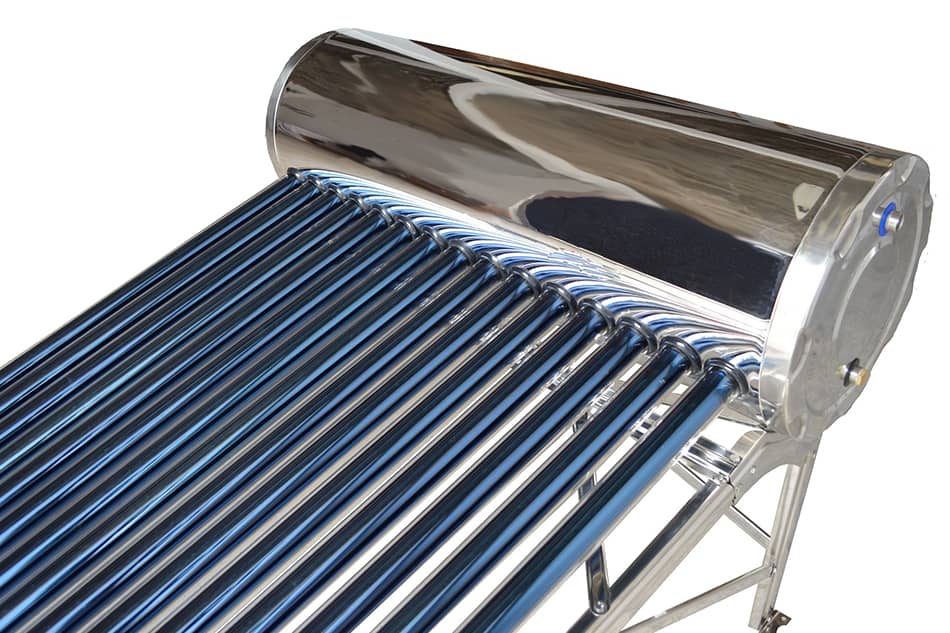 If you want hot water at your home or business we suggest that you install a solar water heater. Solar water heating is well known and widely used and spread in many countries of the world. Millions of homes in countries like Brazil, Australia, Cyprus, Israel, India, Greece, Turkey and Austria enjoy the benefits of solar water heating and have solar hot water to cover their everyday needs such as bathing, washing and cleaning.

In order to understand better how the whole concept works and how solar water heating systems operate we need to understand several concepts around these terms as well as their basic components.

Solar Water Heating is the process which uses solar water heating systems to heat water using the sun’s energy. Solar energy is a renewable energy source which comes free from the sun and it is a clean and sustainable form of energy. The most important solar energy facts indicating the superiority of solar energy are collected in relevant articles  Since solar heating systems use sunshine as their ‘’fuel’’ one can deduce that the water is heated free of charge from the sun thus reducing the minimum, near-zero, the operational cost of solar water heating systems.

There are currently three (3) different types of solar collectors available to be used in solar water heater system. These are: Batch Collectors, Flat-plate collectors and Evacuated tube collectors.

Batch collectors, or as they are otherwise known, Integrated Collector Storage, ICS, systems, heat and store hot water in black tanks until drawn to be used. The hot water remains in the tank until the time it is needed by the house owners for use. Temperature valves are used in order to control the temperature of the consumed and stored water.

Flat-plate collectors consist of copper tubes which are placed in parallel and attached to the absorber plates. The flat-plate absorbers are assembled in an insulated box and the box is covered with a special glass. The right number of flat-plate collectors, are interconnected in series together so as to cover the needs of a household.

Evacuated tube collectors are the most efficient collectors of the types since they use the thermos principle and they are certainly the most costly. Basically the tube carrying the fluid, which is either hot water or the fluid which is used to transfer heat, is inside another larger tube offering insulation thus reducing heat losses. This type of collectors is used in countries where temperatures go below freezing.

Direct or Open Loop Systems are systems which circulate the water through the collector to the hot water tank and then from there it is sent for use. These systems cannot be used in cold climates where the temperature falls below freezing.

Indirect or Closed Loop Systems are systems which use a fluid to indirectly heat the water. The sun’s sunlight heats the heating fluid which in its turn is used to heat the water in the hot water tank through a heat exchanger. The heating fluid can be a non-freezing liquid thus making these systems suitable for cold freezing climates.

In addition to the above two-type categorization the circulation systems can be categorized into active and passive systems.

Active circulation systems use electric pumps and associate systems to circulate the water.

Passive circulation systems use convection to move hot water to and from the solar collectors to the hot water tank in which hot water is stored.