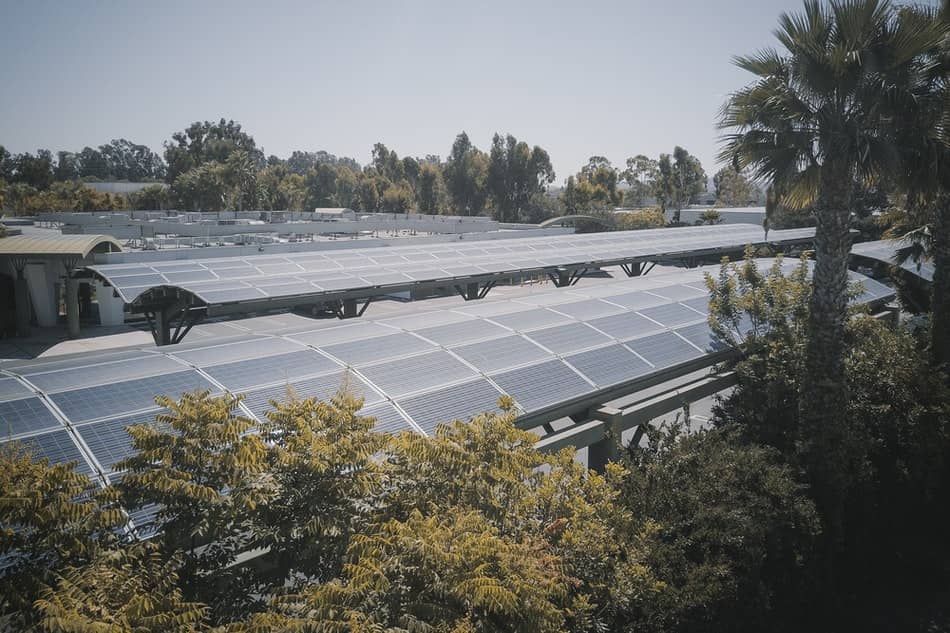 Most of the people are aware of the Concentrated Solar Power, CSP, and Photovoltaic, PV terms and technologies. Concentrated Photovoltaic, CPV, technology is not so well known but it is certainly one with great potential of development and expansion. It is one of the newer players in the renewable energy scene.

The benefits of solar power are well known to all. It is a natural and renewable green energy and has received significant interest from all over the world. According to recent report about 211 billion USD flowed into the Renewable energy market and a significant amount of this was directed to solar energy. It is expected that by 2060 solar energy will provide 60% of the world’s electricity.

Solar energy is captured and converted to electricity in many ways. One such way is Concentrated PV, CPV. In simple terms CPV technology uses lenses or curved mirrors to concentrate the sun’s energy on the PV cells. This way a small area of PV cells is required to produce the same electricity and because of this more efficient PV cells can be used. However the cost of the CPV system is higher than the equivalent PV system due to cost of the optics, lenses or curved mirrors, needed. In addition CPV uses tracking systems to track the sun so as to direct it on the PV cells and this brings the cost even higher.

CPV competes directly with CSP and has one advantage. CPV produces electricity directly from the sun while CSP turns the sunlight into thermal energy and then converts heat into electricity.

There are technologies which combine CPV and CSP and are called Concentrated Photovoltaic and Thermal, CPVT, and it is a system that produces direct electricity and heat within the same module.

CPV systems enable the use of land in which they are installed to be used for other purposes as well, in other words we have dual land use. This is not possible for the regular PV systems.

CPV systems due to their solar tracking mechanisms are 40% more efficient than the PV systems.

CPV systems require direct sunlight and this is a drawback when compared to the PV systems.

CPV systems have the future potential for producing hydrogen through the process of hydrolysis by exploiting the heat losses while producing electricity. This is a potential for storing energy and through the use of fuel cells enable the production of electricity at  later stage and the time of need or high demand.

The first CPV installation was done in Australia in 1996 with a 40 KW capacity. The first installation in the US was done in Arizona in the year 2000 with capacity of 145KW. Since then, a number of installations were done mainly in the USA and Australia. The first installation in Europe was done in Spain with the project starting in 2007. By the year 2010 the cumulative capacity of the CPV installed systems reached 23MW something which indicates the increasing acceptance and maturity of the CPV technology. By the end of 2012 the installed CPV market is expected to reach the 90 MW mark and by 2016 to exceed 120 GW,

Despite of the fact that Spain had a late entry in the CPV market currently the majority of the installations, 70% of them, are in Spain with the 2010 figures showing that the installed base of CPV in Spain was 16MW.

The world’s largest CPV installation having a power of 30 MW was announced in 2011 and it will be built at Alamosa Colorado USA.

The CPV installations account for just 0.1% of the solar market. However during the past years CPV is expanding at a higher rate than the PV market and it is expected that by the year 2015 the CPV will have a much greater share. Various market reports indicate that CPV is the fastest growth segment of the solar market. CPV wins over other solar technologies in areas with high sun exposure. Overall one of the strongest points of CPV is the fact that it produces electricity in the late afternoon when demand is high and electricity is expensive.

The 4th Concentrated Photovoltaic Summit USA will take place in San Jose California between October 15th and 16th. The event is known as CPV USA 2012 and in this event new breakthroughs in the area will be announced,

This article introduced the CPV technology and its prospects. It is believed that CPV is a technology with a bright future and there are recent developments in this sector which promise a brighter future.