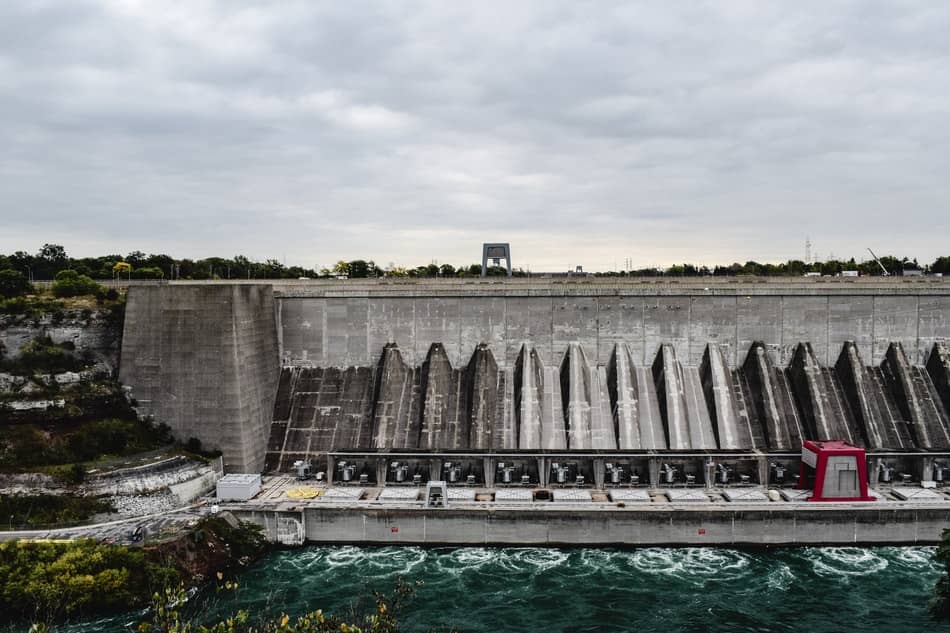 In order to understand Hydropower and its use we will provide the definition and a high level analysis of certain terms which are used in the Hydropower field.

Running or falling water has energy and this is called Kinetic Energy. Kinetic Energy is the energy of motion, whether this motion is vertical or horizontal and it is the kind of energy which can produce useful work such as electricity.

Stored water or contained water has potential energy. For instance water stored in a dam or another storage device like a tank, contains potential energy which potentially can used to produce useful work needed such as electricity. However in order for this energy to be useful it needs to be converted to kinetic energy and one way to do this is by letting the water flow and fall from a height thus transforming it to kinetic energy.

How much power does water have?

The power of water is called Hydropower and it is a function of two parameters: the rate of flow of water and the water’s head or hydraulic head.

The amount of work done per unit of water is the product of its weight and the head.

As it was mentioned many times Hydropower energy is a renewable energy source. This is due to the fact that water flow is renewed by following the hydro cycle. The hydro cycle is simple and follows a 6 step flow.

The cycle repeats itself and thus hydropower energy is renewable since it is  produced from a constantly renewed source.

As the name implies a hydroelectric Dam is a dam which is appropriately exploited, designed and operated, so as to produce electricity which both clean and renewable. There are about 80.000 dams in the USA but only 2.5% or 2000 of them are used for the production of electricity.

The dam collects and stores water and acts as a water reservoir. Stored water is released through specially designed spillway gates, flows through certain pipes or channels in a certain speed and spins the turbine which is connected to the generator for the production of electricity.

Hydroelectric power is by far the number one renewable energy source which produces 20% of the world’s electricity. In the US the production of electricity from hydropower is only 6% while in Norway it accounts for the amazing 99%. Some of the Hydropower facts and figures are listed in our article Hydropower and Hydroelectric Energy Facts and Figuresand the importance of Hydropower is presented.