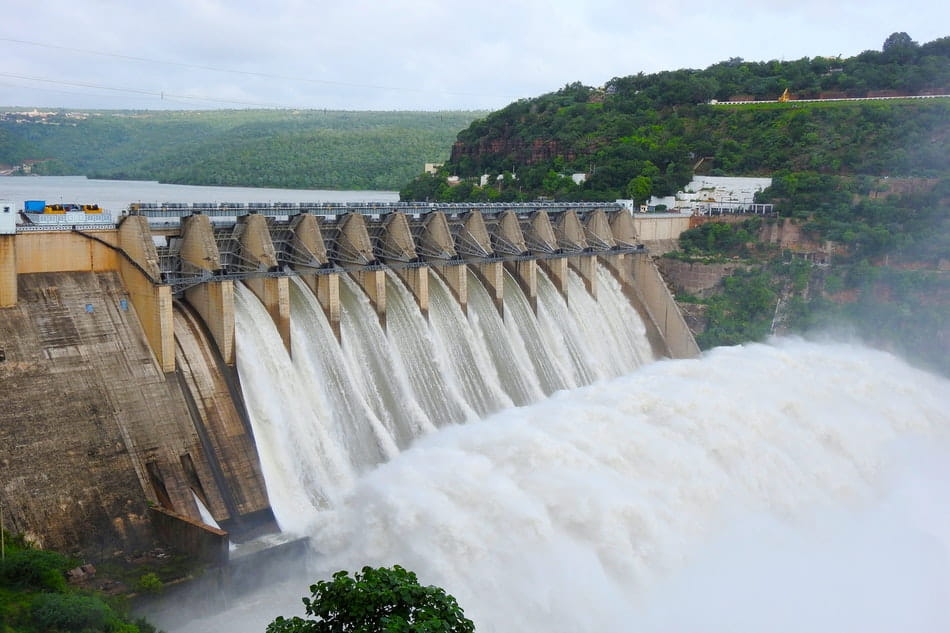 Hydropower is the power of water. Hydro comes from the Greek word ‘’ύδωρ ‘’ which means water. What does Hydropower mean? Hydropower is the energy contained in the moving water. Moving water means either falling water or running water. This energy, or this force, may be captured so as to produce useful work and be used for useful purposes.

The history of Hydropower

Hydropower has been used for thousands of years around the world by many thriving civilizations of the time. In India for instance it was used in the water mills. In ancient Rome and during the time of the Roman Empire the use of hydropower was extensive and it was used to power mills which were used to produce flour from grain, flour mills, and it was also used for sawing timber. In China the hydropower was used for the operation of irrigation and the flow of water through the irrigation canals.

During the period of canal building, hydropower was used to drive flat bottomed boats which carried traffic up and down the canal.  In addition industries which needed direct mechanical power were built near waterfalls so that they would use hydropower and convert it to mechanical power and transmit it to the end users. It is worth noting that hydropower was used during the Californian gold rush and at the time the term Hydraulic mining has prevailed.

There are several forms of hydropower. The following list does not include Ocean Energy forms as these forms use and utilize water power from a different perspective and different driving forces.

Waterwheel Power: The power from waterwheels is the oldest form of power which was used to drive/power mills and machinery. A waterwheel is a machine which converts the energy contained in flowing water into useful power and such machines were used in watermills. There are 3 types of waterwheels which were used extensively throughout the years, a horizontal type and two variations of a vertical type.

Vortex Power: This form of hydropower was pioneered in the USA and it is basically the technique where obstacles are introduced in rivers so as to cause the formation of vortices. Then the energy produced is tapped and is used for the production of useful hydroelectricity. Vortices are regions within a fluid where the fluid is in a spinning motion. This type of hydropower is patented by the University of Michigan and has been licensed to several companies.

The top 5 hydropower producing states in the USA are: Washington, California, Oregon, New York and Montana while the total production of electricity from hydropower accounts to about 6.2% of the total electricity produced.

As the demand of clean, renewable green energy increases the role of hydropower increases since hydropower is a reliable and cost effective source of electricity. It should be noted that certain forms of hydropower such as the dams and pumped storage may serve other purposes as well such as irrigation and enrichment of the underground waters thus increasing the benefits to the nearby communities. These factors create two needs. The first being the construction of new hydropower plants and the second being the rehabilitation of existing hydropower projects, both aiming to the increased production of hydroelectricity.