Back to Bio Energy

Biogas basics in a nutshell 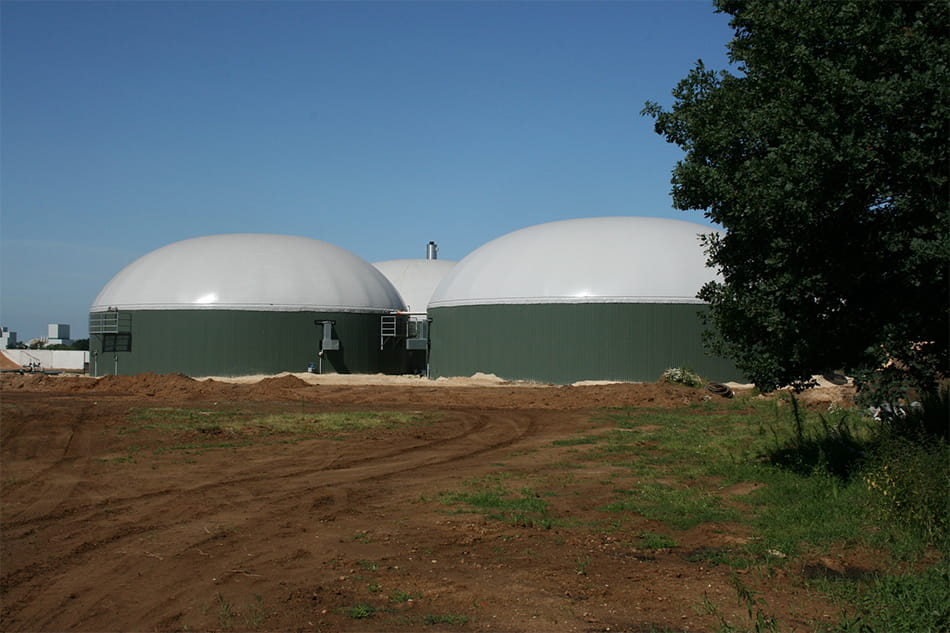 Biogas is a renewable source of energy that belongs to the category of biofuels. Biogas is produced from the breakdown of biological material in the absence of oxygen (the lack of oxygen is called anaerobic condition). The main materials used for its production are biomass waste such as animal waste, dead plants, and organic municipal solid waste in order to convert them into a gaseous form. Biogas is made up from mainly methane (around 60%) and carbon dioxide (around 40%) there are also some other gases present but the percentage of them is relatively small.

The most common way to produce biogas is from animal feces. As a result biogas plants have become increasingly popular in rural areas, where there are many animal farms, with various sizes of plants being built. The process of producing biogas, in a typical biogas plant, is by initially mixing the manure with water into settlement tanks. Then the mixture is moved into a specially designed fermentation pits (also called biogas digesters) where naturally produced bacteria break it down in just a few days releasing methane. Methane gas is then taken from the fermentation pits and stored into tanks where it can be used as a fuel to either generate energy (i.e. electricity), used for heating purposes or distributed to households through the national gas grid. Therefore, depending on the size of the plant, biogas can be used to meet the farm’s energy needs or if the plant is of large scale it can be sold to consumers as electricity. It should be noted that storing biogas for later use is one of its biggest advantages against other forms of renewable energy such as solar energy and wind energy since in these cases storing the energy produced might not be possible or even if it is it can be quite costly. Finally, the organic waste that is produced during production can be dried out and used as high quality fertilizer. The fertilizer produced should be noted that is odorless as its organic assets have decomposed.

With the increase of fossil fuels biogas plants are becoming more popular since in the case of farms it helps them to decrease their current running costs and helps them to get rid of the headache of properly disposing animal manure that can sometimes be quite expensive. Biogas is a renewable form of energy that utilizes waste and transforms it into useful energy and other useful byproducts such as fertilizers reducing our dependency from fossil fuel imports. Furthermore, it helps reduce environmental pollution since if methane is left un-combusted it has a heating factor of 20 to 25 times higher than carbon dioxide that is produced when combusted and it addition it has been estimated that a cubic meter of biogas can result into 6 kwh!